英文学術書
I am an editor in amademic field. I owned my publishing company. We have been publishing books about lingusitics maily in Japanese. But I have hope to edit and publish academic book in Engslish. I think Japanese and Asian scholar did good amademic work but they have fewer chances to make public their theories than scholars speaking and writing eouropian langueges. I think it is not fair. I think different perspectives spread abroad over the world help to maintain the peace of humankind. This is my hope.

I read the photo magazine Asahi Camera and I noticed the column which three young awarded photographers talked their own photo style.

We live in the day when we put a shutter button down on the camera, we can make photos. Becoming a professional cameraperson needs to be conscious and critical about being camerapersons. This is same as being an editor.

Everyone writes text and upload his and hers text on blog by only putting the button of 'publish' down. Editors should be conscious about what media book is and what aspect books have. What are what books only make.
投稿者 英文学術書 時刻: 13:39 41 件のコメント:

I restart my blog in English 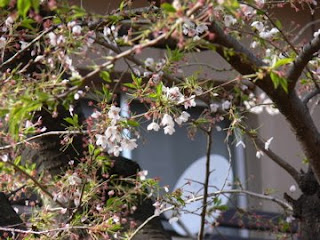 I will go to eat beef stake. Besides, I will eat salads.

I learned how to use linkers, for example, however, in spite of today lessons. I spoke the phrase above. It is not good. I think that besides means simply in addition to. I do not understand why the phrase is not good.

This Post-it is inferior goods. It has stopped separating.

I tried I translated my text into english by @nifty_translation site. Huryohin in Japanese is inferior goods in Emglish, isn’t it?
投稿者 英文学術書 時刻: 16:54 0 件のコメント:

I noticed the statement below.

"If institutions insist on the need for books, perhaps they should provide a first-book subvention."

I agree the subvention is very important for scholars and amademic publishers. We should argue and discuss the meaning of subvention for academics and public society.
投稿者 英文学術書 時刻: 11:53 0 件のコメント:

This is my home work in BC. If you notice my msitake, could you please give me comments?

Shizuka Arakawa is the gold medalist as a figure skater in 2006 winter Olympic in Torino, Italy. She happened to go ice rink when she was a child. She began to learn skating and showed her talent so early. She landed her first triple salchow when she was eight years old, was called "child genius".

She went to waseda university and studied social science and graduated in 2004. After she won the Olympic, she stopped skating as a amatuer skater. Actually, I and my family went to Yokohama Prince Ice rink, so we had seen her beautiful skating and my daughter had shaked her hands with her few weeks before she announced her quit from amatuer skater.

In these days she is currently skating as a professional skater in Japan and also diffrent countries.
投稿者 英文学術書 時刻: 22:00 0 件のコメント:

I have just started blog tonight